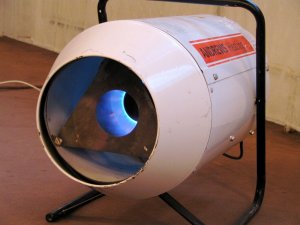 We rung in the new year with a service at Mozaika and then at a friends house. As the clock struck midnight we were standing on Zobor (mountain) looking down over Nitra. There are no laws governing fireworks here and so in addition to the cities fireworks display, pyrotechnics exploded from house windows, parks, street corners, cars and apartment balconies. The whole city was alive with color, light, smoke, cheers and the echo of booms careening through apartment blocks. Firework shells were literally raining down around us. We have never experienced anything like it.

And with the tick of a clock so much has changed: 2009 has begun bringing with it the end of Slovakia’s national currency (the koruna or crown), heralding the arrival of the Euro, and marking Slovakia’s Independence Day.

Though we do not know what this year will bring, we do know of one change coming soon. The VBC administration has told Mozaika that January 25, 2009 will be our last Sunday in their facility. They still have not turned on the heat so we use this rocket-man-esque propane heater to warm up the space (jackets and gloves still required).

We have talked to the city about buying land, but this is obviously a more long-term goal. Pray that we would find a facility that meets our needs (1 room for adults, 1 room for children, storage, weather appropriate, within the city and willing to sign a contract at a reasonable price). More than that, pray for the people of Mozaika as so much transition can take a toll on people’s mentality. We want to be stronger at the end of this.

2008, with all of it’s challenges and all of it’s victories is behind us, and we look forward to new adventures in 2009.

the Venice of the East - one of Bangkok’s many names. Would you pause for a moment and pray for the city, her people, and her peace?
A few sips of morning coffee were always enjoyed while watching the streets come to life below. That's how we first started seeing vehicles like this. Sometimes full, sometimes with a sole occupant - we saw these vehicles often. We wondered about their purpose, their destination, and their passengers. It was this curiosity that revealed the realities faced by urban refugees. With no legal status, refugees are taken to detention centres in vehicles just like this one. Reforms are happening and change is coming, but life as a refugee in the city is harsh. Take a moment to pray for refugees in detention and for the ones they love on the outside. #withrefugees
a lot of Bangkok city life happens on the streets - from food carts to haircuts.
this is what you don’t see when we make videos to send to Canada. Height differences - that struggle is real.
starting the workweek in a socially distanced queue to do papers for the gov. Most of the time life is wonderful. Sometimes it’s glamorous. Sometimes it’s incredibly mundane.